You know that feeling that you are just barely making it? You are doing it but if one more thing were to go wrong, you could lose your shit. Well, imagine that, plus the pending holidays and on top of it all you unexpectedly lose your job of 14 years with only 3 days notice. You feel that? Right there in the pit of your stomach. That’s my life.

To be honest, it wasn’t completely unexpected because I did create a resume in June and send out one single-solitary resume that actually resulted in a few interviews. It was me, testing the waters. If I were to lose my job, would I remember how to market myself? The data I gathered during that beta test was a resounding affirmative, thankfully.

In the end, I got cold feet and took myself out of the running. Like my friend advised, it’s better to sink with the Titanic than jump into something else that pays less and isn’t better than what I already had. So, I stuck with it from June to December, hoping all would work itself out. It didn’t.

That straw, you know the one that broke the camel’s back? That’s the one. The straw landed on my back and I was pushed off the cliff I was too scared of jumping off of. Merry Christmas and Happy New Year to me! Way to end with a bang, 2015. All I have left is surrender but I am not going down without a fight.

Reflected in the specs.
Carrie beer. – Drinking an Aphrodisiaque / Aphrodite by @Brasseries_DDC at @thetrappist — https://t.co/7LAKK5LHB3 #photo 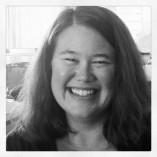 get in touch. i'd love to hear from you.